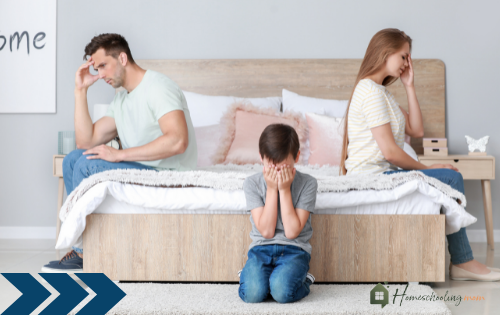 Homeschooling: It’s Worth the Tears

When I give talks at homeschool conventions, I generally tell the audience that I work with homeschoolers today because while I was on the faculty at Ball State University, I started noticing that I had an enrollment, of what I found out later to be homeschool graduates, in my chemistry and physics classes. At the time, I didn’t know anything about homeschooling. However, these students were truly head-and-shoulders above their peers, and when I learned about their backgrounds, I found out that they hadn't graduated from a private school or public school system or a private school, but had been homeschooled. That led me to research homeschooling, and I came to the conclusion that it is the best way to educate most students.

I came to the conclusion that it is *the best way* to educate most students.

Homeschooling: It's Worth the Tears

So I started working with homeschoolers because I saw the university students they were producing. Those homeschooled children impressed me so much that I wanted to encourage more parents into home education. Since then, my wife and I adopted a teen, and we started homeschooling her. That’s when I really learned what homeschooling was all about. It’s also when I saw first-hand that despite the struggles and the tears, homeschooling can produce long-lasting joy.

Obviously, our family isn’t typical. My wife and I were a “double income, no kids” couple for the first ten years of our marriage. We then adopted a teen. We started homeschooling her specifically because she needed some serious help that the school district couldn't give her. She was a smart young lady, but because her home life had been so miserable, her education suffered. However, she had a strong desire to get a university degree, because no one in her biological family had ever done that. She thought that graduating from university would allow her to prove that she is more than her biological heritage.

As a university faculty member, and now a homeschool parent - a home educator, I knew that even if she had been accepted to a university, she didn’t have the skills to graduate, so I spent the rest of her high school years performing what I called “educational triage.” For our family, it wasn't as much about the homeschool curriculum as it was a full-time job finding the gaps in her education, and we filled them. She ended up getting accepted to Butler University, and she later graduated with a degree in sociology. My heart still flutters when I think of her walking across the stage to receive her diploma.

Now that I can look at our homeschooling experience from the other side, there are two things that stand out in my mind.

She did not want to be home­schooled.

All of a sudden, we found ourselves as homeschooling parents. My daughter did not want to be part of a homeschool family. She was an incredibly social teen, and she hated the idea of homeschooling and not seeing her friends every day at school. However, she did want us as parents either, so she agreed to the “package deal.”

Throughout the rest of her high school years, she was not happy about being homeschooled. As a result, our homeschool wasn’t filled with a lot of “precious moments” of homeschool groups, co-ops, great field trips, or fun homeschool programs or the best homeschooling curriculum. We argued and fought regularly. There were times I really wanted to quit. However, I knew that homeschooling was best for her, so we persevered.

A few weeks after she had gone to university, she called us. The main purpose of the call was specifically to thank us for homeschooling her. She had been observing her peers, and she realized what a lousy job their schools had done in preparing them for the rigors of university studies. She was grateful that we had given her what she needed to succeed, and from that moment on, she has been a strong advocate of homeschooling.

The other thing that stands out in my mind is more important than the fact that she didn't like homeschooling or want to do it. We started homeschooling our daughter for academic reasons. However, I now realize that while academics are obviously very important, they aren’t the primary benefit of homeschooling. The primary benefit is that homeschooling can help you build a real family, a family that is more closely-knit than a non-homeschooling family. Had we simply sent our daughter to school every day, she would have been gone most of the day and we wouldn’t know her the way we know her today, and she wouldn't know us in the same way either. We wouldn’t be as close. We wouldn’t have the wonderful relationship we have with her now that she is 38, married, and working as an entrepreneur. We owe that relationship to homeschooling. When you homeschool your child, it can help you build a real family. 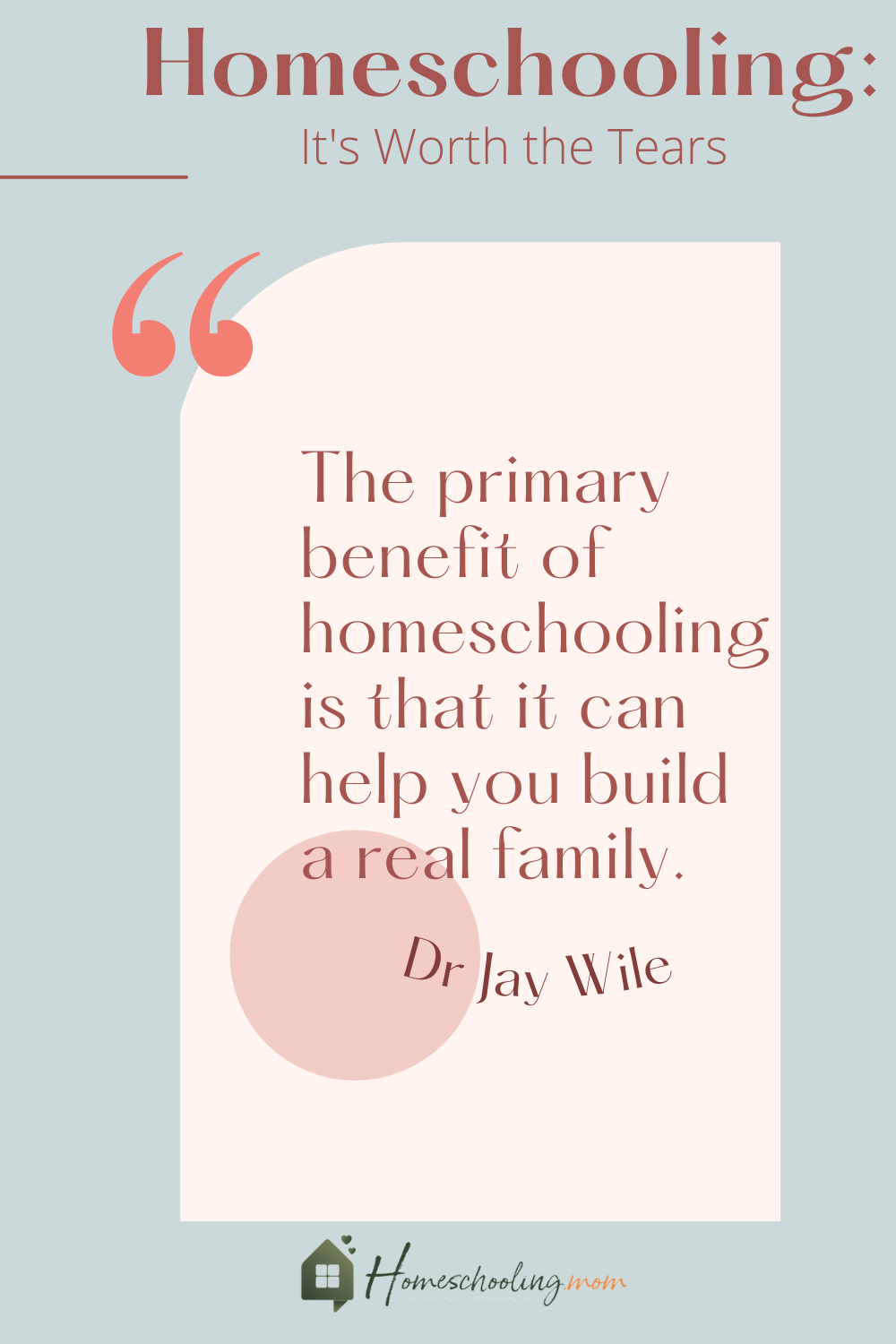 The primary benefit of homeschooling is that it can help you build a real family.

I was once talking with a homeschool graduate who now works as a covert operative in an intelligence organization. Yes, she’s a spy. Not surprisingly, we were talking about her homeschooling experience. At one point, she said, “I remember times when we were doing math, and I was in tears; my mom was in tears. But it was so worth it. I have been given such an amazing gift.”

That statement still resonates with me. Our homeschooling experience was full of a lot of tears. But it was so worth it! Our entire family has, indeed, been given an amazing gift.