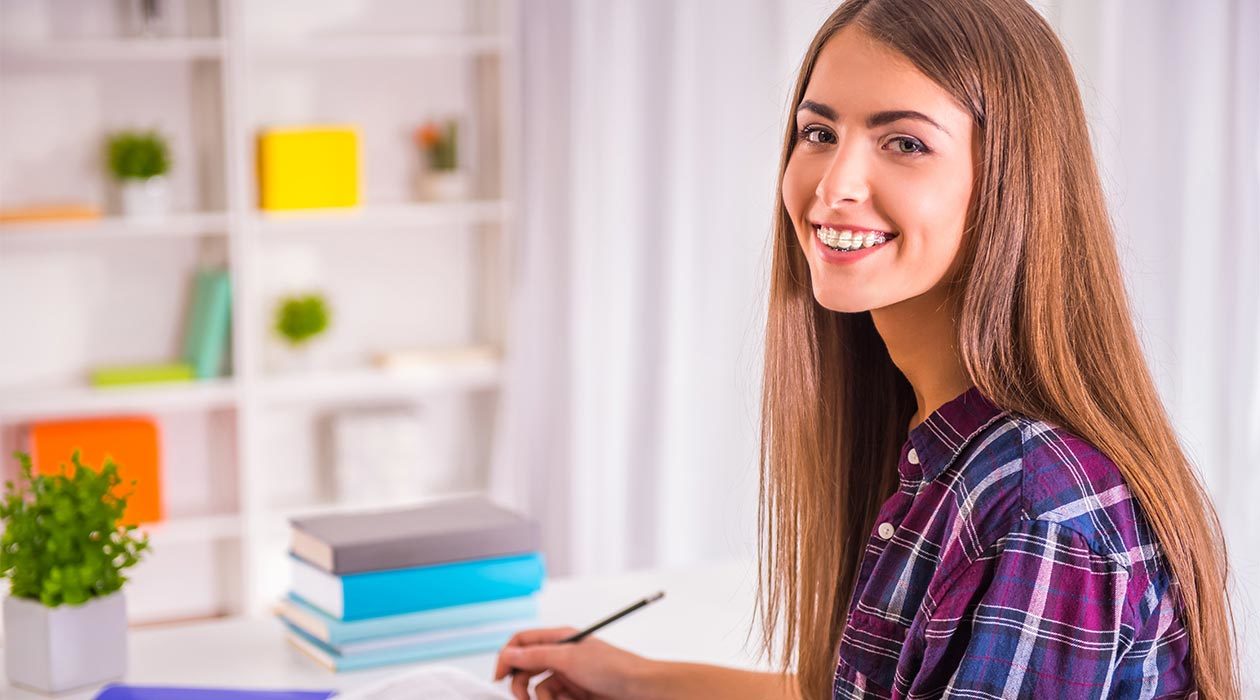 This Is Only a Test!

A young homeschool mom came to me for advice concerning her oldest child, a sophomore in high school. “He totally bombed his chemistry test!” she exclaimed. “I don’t want to give him a bad grade, but he obviously doesn’t understand the material in the last chapter. If he keeps on like this, he’s going to fail the entire course. I don’t know what to do!”

“Sounds like you need to go over the chapter again, until he understands it,” I replied. “Then give him a second test.”

My friend looked at me in disbelief. “I can do that?” she asked. “Just go over the chapter again?”

“Why not? I mean, the point here is for him to learn the material, isn’t it?”

“But won’t that put us behind?”

“Put you behind what?” I asked. “This isn’t a race, Sarah. Besides, what’s the point of moving ahead to the next chapter if he doesn’t understand this chapter yet?”

One thing I really like about homeschooling is the freedom I have as a teacher to modify lesson plans and schedules to actually meet the educational needs of each child.

I have one son who was a reluctant math student. In a typical public-school classroom, he probably would have failed a homework lesson or a test, and then just been dragged along with the rest of the class as an overwhelmed teacher tried to meet her course objectives for the majority of her students for the semester. 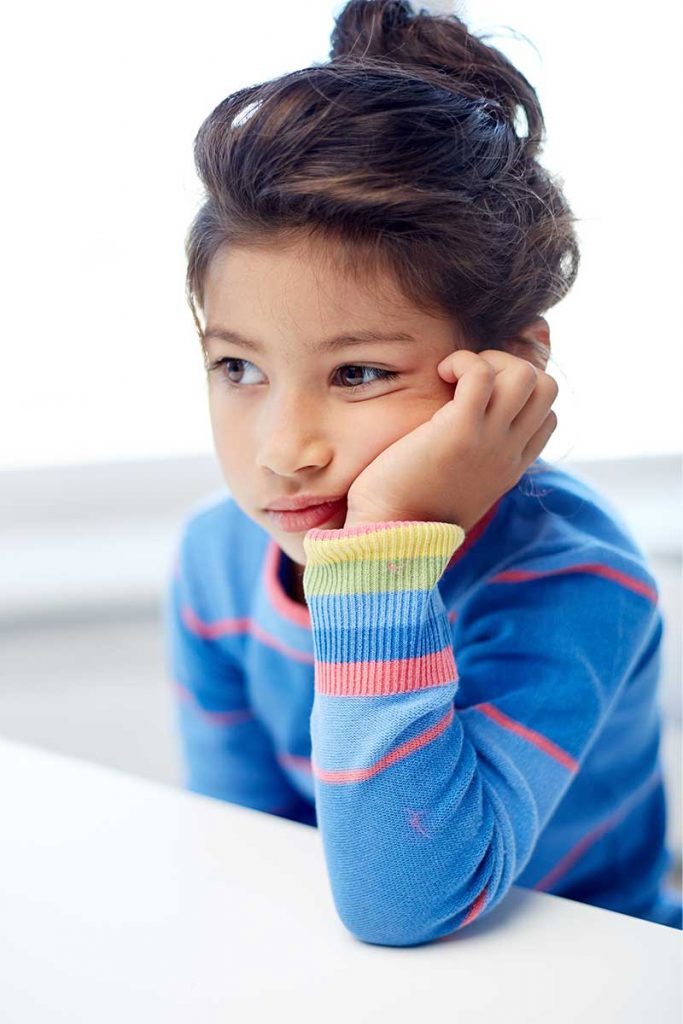 I have a daughter who was reading Charlotte’s Web (and crying her eyes out under the kitchen counter) before she finished kindergarten. Had she attended a typical kindergarten class, she would have had to sit through weeks of tedious lessons that covered concepts she had already mastered. “School” would have quickly become synonymous with “tedium.”

I attended public school as a child. I spent many years as a student in a drill-it-even-if-you-already-know-it, test-and-move-on-whether-you-know-it-or-not public school environment. As a homeschool mom, it was very difficult for me to set aside the mentality that emphasized lesson plans, academic schedules, and test scores over learning and proficiency.

Don’t get me wrong: I make lesson plans; I have a calendar that I use to schedule our coursework for the school year; and, yes, all of my students have taken tests. I don’t think those things are intrinsically bad. They can actually be very helpful, when used correctly. But lesson plans, schedules, and tests are not ends in themselves. Rather, they are tools we use as we pursue the greater goal of learning.

As homeschoolers, are there any good reasons to test our children?

Personally, I did not give my children a lot of tests when they were in the elementary grades. I could tell what my children had learned when I reviewed their homework assignments, when I read the things they wrote, and when I listened to their conversations at the dinner table.

Once the kids reached high school, I gave them tests more often. End-of-chapter tests in math and science were a way to reinforce the material just covered. Quarterly and end-of-semester comprehensive exams motivated us to do thorough reviews. Besides, I wasn’t sure what kind of documentation we would need as we prepared for the college application process: I kept lots of records, thinking “Better safe than sorry!”

What about standardized achievement tests?

Before we moved out to the middle of a hayfield on the edge of Nowheresville, I registered the kids for the Stanford Achievement Test each year. I had them take the Stanford for a couple of reasons: 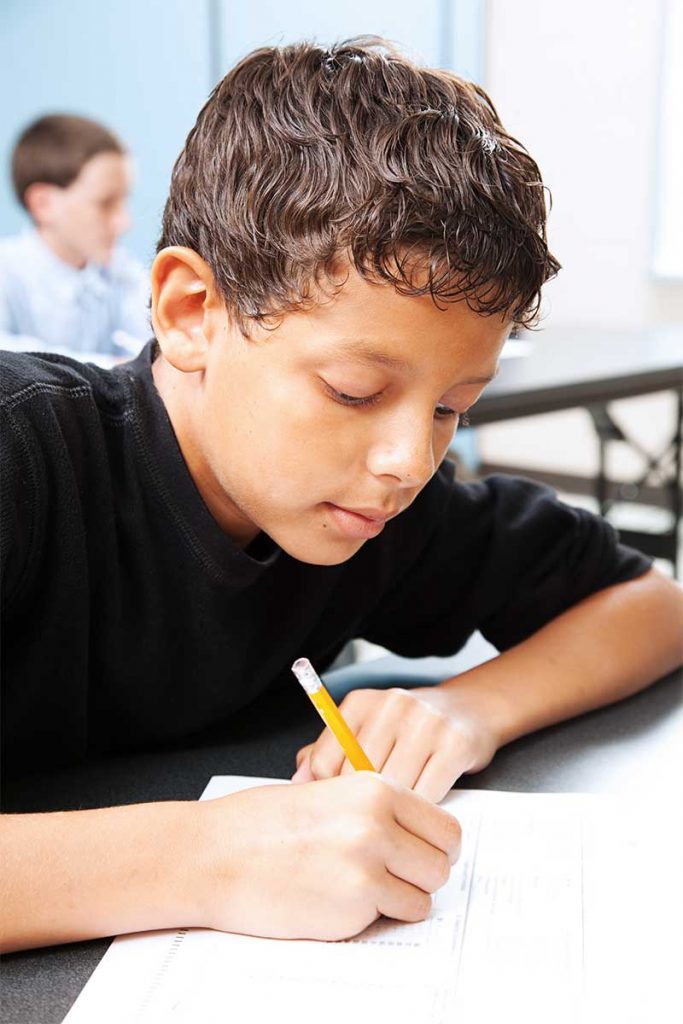 First, in the early years of our homeschool, I was very insecure about my ability as a teacher. I was genuinely afraid that I might do irreparable academic damage to my students. I explained to the kids that the achievement test was not to assess their performance as students, but to assess my performance as a teacher. The Stanford was kind of like an annual teacher checkup for mom, and the numbers on the score sheets calmed my nerves and gave me confidence to continue.

Second, I wanted some kind of paperwork in the kids’ school files in the event I got run over by a distracted driver in the Kroger parking lot, something objective and official-looking that school administrators would recognize, just in case I died and the kids could no longer be schooled at home.

Third, the Stanford was an annual social event. My kids thought coloring in bubbles was a hoot. (“Do some people really think this is how you do school?!”) Plus, they got to spend the day with friends and eat cool snacks during exam breaks.

Are there other reasons to administer tests to your homeschool students?

When my middle son was in high school, he registered for a dual-enrollment class at a local university. “How’d your test go?” I asked after his first exam.

“Well,” he answered, “when the teacher handed out the test, I looked at it and thought, Am I in the right room?”

That first test did not go well. Tom said he looked at the first page and drew a total mental blank. Second page: still mentally blank. The last several pages of the exam were multiple choice: “Which graph illustrates the function f(x) = —, reflected over the X-axis and shifted four units to the right?” Tom’s brain kicked in and he worked easily through the remaining problems. Final score? Let’s just say it was a bust.

“So, when you were sitting there looking at the first page of your test, was it like your mind completely fritzed out?” I asked. “Like it was nothing but a white screen?”

“That’s exactly what it was like!” Tom exclaimed. “It was like I had never seen one of those problems before in my life…like I was looking at weird scribbles on a page.”

Funny thing is, when he got the test back, he sat down at the kitchen counter and worked through every one of the problems. “Hey, I know how to do these!” He was surprised that they were really not difficult, amazed that they had looked so foreign and unintelligible on test day.

Tom’s problem was not that he didn’t know how to work the problems. His problem was test anxiety. Before Test 2, we did some serious strategizing. He worked lots of review problems before test day. When his teacher handed out the exam, Tom started at the back of the test with the multiple choice problems. Then, once his brain warmed up and he relaxed a little, he flipped back to page one. Tom aced the second test.

The Purpose of Tests

Did any of my kids ever fail a test? Yes, and no… 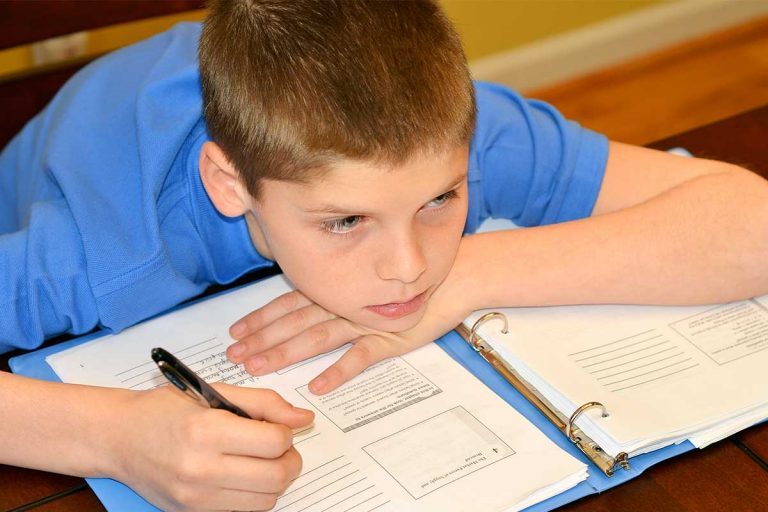 Once when I finished grading my student’s math test, the page had more red ink on it than black. Despite the fact that he did well on his homework assignments, my son missed over half the problems on the end-of-chapter exam.

He looked at the bleeding paper. “Does this mean I failed?”

“Failed?” I answered. “No, this doesn’t mean you failed. This means we need to go over the lesson again, until you understand the new concepts better.”

We took a couple of days and worked through the chapter again. I created a second test. This time, my young student aced his exam. “That’s better!” he exclaimed.

One of the benefits of homeschooling is that when a student has difficulty with a particular subject—such as fractions or subject-verb agreement or science vocabulary—we are free to take the time needed to go back and figure out the problem. We can review and practice until the student understands his mistakes and is able to correct them.

Our goal is to learn. Our goal is not to take a test on Friday and then begin the next chapter on Monday, whether you understand the previous material or not.

Pass and Fail are not legal sentences, where pass means the student is exonerated and fail means he is condemned. No, a test score is more like a litmus test. It helps us assess our situation: does the student understand the material? Can he effectively communicate what he has learned? Does he struggle with test anxiety? A failing grade simply means we still have much to learn in a particular area. A passing grade means we are ready move on to the next lesson.

When you look at tests and grades this way, failure isn’t even part of the equation, not really. There is only progress, more progress, and success.

Tests in Our Lives

Concerned that the congregation might misunderstand the intent of this “test,” Brother Billy gave an example. As a homeschool dad, he explained, when he gives his daughter a test, his desire is not to fail her. His desire is for her to learn and for her to pass. He wants her to grow and to improve and to excel.

I loved Brother Billy’s example. As a homeschool mom, it is one to which I can easily relate!

As a Christian, do I think God is waiting for me to fail? Am I afraid that He is going to whip out his red ink and stamp “FAIL!” across my life? When I do fail—which happens often—do I think, “Well, I totally blew that,” and then throw in the towel? Is this the attitude I have toward my role as a homeschool mom? Am I afraid of failure?

Do I imagine that God is watching over me, eager to see me learn and grow and succeed so that He can say “Well done!”? When I do fail—which happens often—do I think, “Wow, God, I totally blew that. Please, let’s go over this lesson again. I need for you to teach me more. Thank you for being so patient!”? As a homeschool mom, do I think God is eager to encourage me and to equip me to succeed?

Dear sisters, as Christians and as homeschool moms, we do not have to be afraid of failure. We have an excellent Teacher. His desire is to see us “pass,” and He will make sure that we do. He already used up all his red ink at the Cross.

Count it all joy, my brothers, when you meet trials of various kinds, for you know that the testing of your faith produces steadfastness. And let steadfastness have its full effect, that you may be perfect and complete, lacking in nothing.

by James 1:2
learning test
Previous PostThe Ultimate Guide to Learning Styles
Next PostTips for Homeschooling in Winter
About the Author

Camille Kendall is an author, speaker, and homeschool mom whose desire is to encourage others as she explores the practical implications of the gospel for everyday life. Camille and her husband Steve have seven children. For more information, visit her website, or stop by her blog, The Hurricane Report.