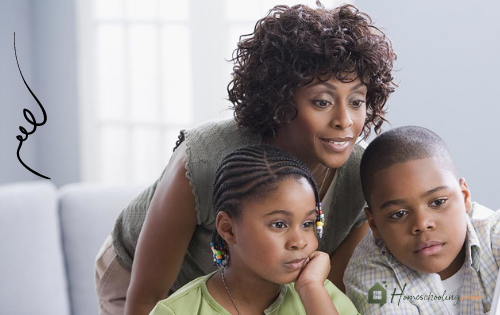 Why I Started Homeschooling

As I was thinking about what to write for this article, my son suggested that I talk about why I started homeschooling. A “start from the beginning” if you will. I thought that was a good idea because as I spoke to parents during the Great Homeschool Conventions last year, I got so many questions from homeschool parents who were just starting out or who were just thinking about starting their homeschool journey. 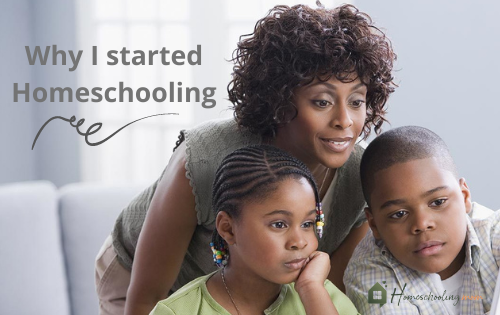 My homeschool excursion began very much by happenstance. I was a corporate attorney working for a large corporation in a large city. I worked long hours and was planning to retire after many years of service with that company. And then life happened.

The first thing that happened was that I had a son who was very high energy. Even though I had him enrolled in a Montessori school where free movement was supposed to be allowed, I learned as he approached kindergarten that his level of energy would be a problem in a classroom.

I also learned during this time that schools would not be willing to accommodate my son’s learning style. My son was very bright and had always been allowed to move on once he mastered the topic. However, as he moved toward kindergarten, I began to notice that “moving on when ready” was not going to be allowed as readily as when he was younger.

Of course, not being allowed to move on when ready and instead being forced to wait until the teacher was ready to introduce a new topic, caused my son to be restless. Restlessness, added to an already high-energy personality, was a problem in a school setting.

How I Came to Consider Homeschooling

As my son struggled with being required to sit still all day while at the same time being forced to slow down academically, he also began to undergo a drastic personality change. I watched what had been a very happy, bubbly child, who loved school, turn into a very angry, defiant person, who began to hate school and anything related to learning.

While all this was going on with my son, I continued to work 10-hour days, which meant that my children were in child care for around 11 hours each day. In the evenings, when the children were picked up from school, my husband and I had just enough time to feed them and then put them to bed. It was during this time of disorder that I realized that I had to make a change for my children.

While I knew some homeschooling parents, I had never really considered it as an option for me.

So, I began doing research. I read blogs and I attended a homeschool convention all during the year before I planned to begin homeschooling. (As a side note, attending a homeschool convention like Great Homeschool Conventions is something that I recommend to anyone who is considering homeschooling because it gives you a chance to ask questions and figure things out!) I even found HSLDA, the national homeschool association, that I felt could be a resource to me if I needed it, and, provided me with homeschool laws that I would need to know.

So, I Started Homeschooling

One year after attending my first homeschool convention, I began homeschooling. By that time I felt like I had exactly the homeschool curriculum that I wanted, I’d read lots of books and I felt like I was ready to dive in. If you're like me, when you begin to homeschool your child, you didn’t fret about whether you would be able to “keep up” with the public schools. I figured all my homeschooler needed to do was begin learning to read and develop some number sense during our homeschool program. I figured worst-case scenario, if I totally screwed up, I could always put him in first grade and he wouldn’t be any worse for the wear.

My first school year as a home educator wasn’t perfect. In fact, as I look back on it, I see that I made lots of mistakes, or rather, I see how I would’ve done some things differently with my homeschooled children. Suffice it to say, the first year was a learning experience. Indeed, it was far less perfect than I had ever imagined. However, for the first time, I was spending the best parts of the day with my kids, instead of the times of day when I was exhausted and they were too. I found that I really got to know my children in that first year. I learned that my children did not trust me because they did not know me. During that first year, we were able to develop a love and trust for each other that was non-existent before. Finally, I learned that it was okay to step outside of the mold and create a learning environment for my child's education that was both fun and that encouraged a lifelong love of learning.

Five and a half years later, I am still homeschooling. I wouldn’t trade it for the world. Yes, we’ve had ups and downs, we’ve changed curricula numerous times, we’ve tweaked and reorganized. But if you ask either of my kids whether they would like to go to our local school or continue homeschooling, they will both say, even if I’m not around, that they love homeschooling and do not have a desire to go to “normal” school. 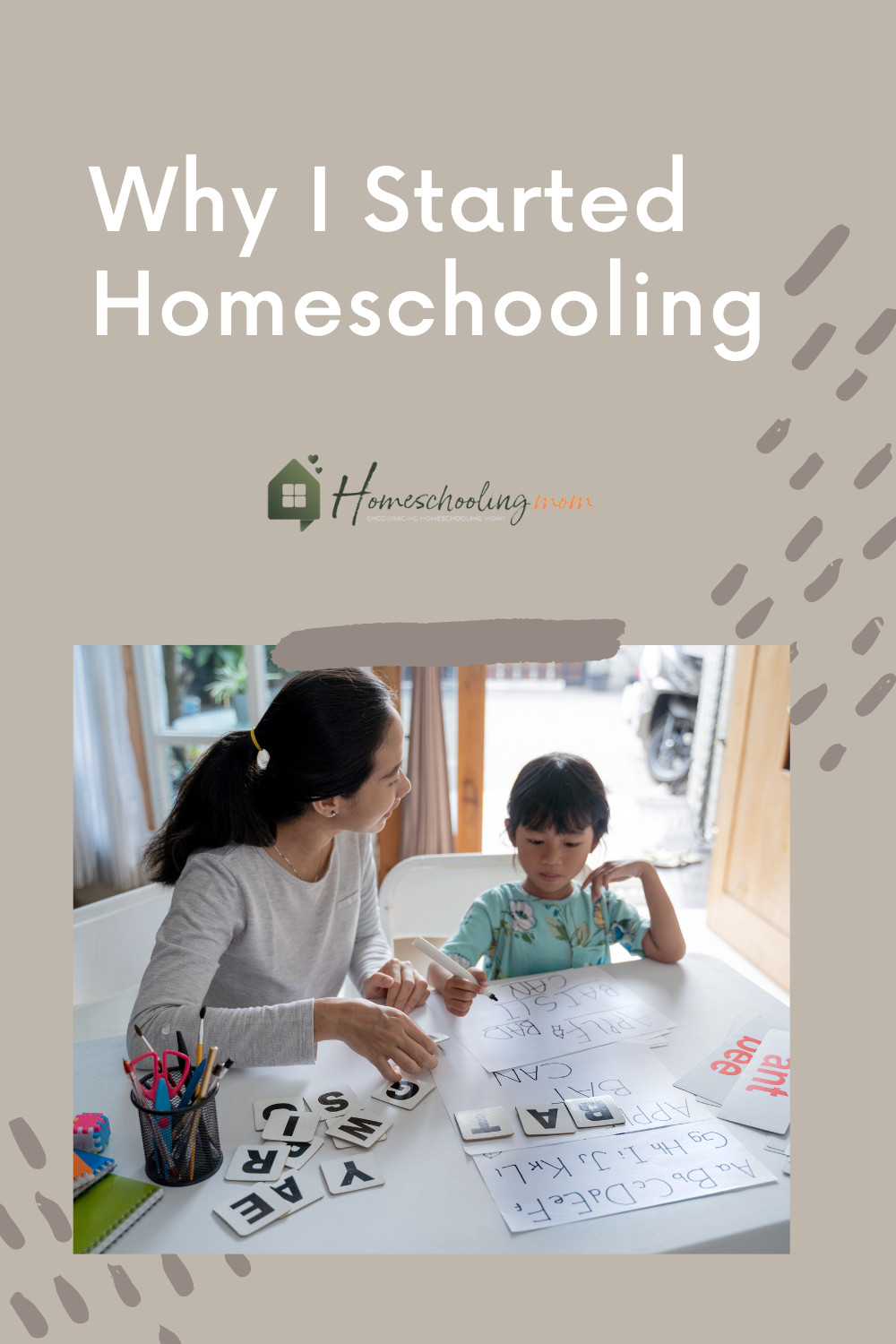 The reasons for beginning the homeschooling journey are as varied as the number of homeschooling families we've met. Each person has their reasons and has a story that led to them coming to homeschool. If you are thinking about homeschooling, do not be discouraged and do not be afraid. Taking some words from my brother, who was a commander in the military: “Just try it and see what happens.” Carry on.

Previous PostWho Was Charlotte Mason?
About the Author

Judy Sarden is a wife and homeschool mom of 2. She’s an author and a featured speaker at the Great Homeschool Conventions. Formerly a corporate attorney, Judy is a business owner and business consultant. She is in the process of publishing a book on homeschooling – you can follow her Facebook page, Instagram profile (@judysardenspeaker) or website to get updates on what Judy is doing and when her book will be published.